What is Accountability Day and what opportunities does it bring?

On the third Wednesday of May few people will be watching the television. Yet this day, also called Accountability Day, deserves more attention. It is the counterpart of Prinsjesdag (Little Prince Day), when politics does not look forward but back. Although this parliamentary moment has little flair, no golden carriages or throne speeches, in essence it is more important than Prinsjesdag. After all, what use are beautiful plans if the execution is not good?

First of all, it is important to outline what exactly happens on this day. On Accountability Day (this year on 19 May), the Minister of Finance presents the annual financial report of the State to the Lower House. Comparable to Prinsjesdag, this is done in a special case. In addition, the annual reports for each ministry are presented. These show what the government and the ministries have achieved, what they have done to achieve it and, finally, what it has cost. It is in fact a review of the past year.

The annual reports are audited by the Court of Audit. The following questions are answered: have the desired policy goals been achieved? And: has the government complied with the legal rules? But the review also continues after Accountability Day. In mid-June, the House of Representatives will continue to debate the annual reports and the accompanying report by the Court of Audit. The result? The government can adjust or change its policy where necessary. And this comes up again on Prinsjesdag. This completes the circle of national policy.

As is often the case in the Lower House, it is not only about the annual accounts themselves. Current events, for example, also play a major role. For example, the debate on accountability in 2018 was mainly about the dividend tax. And so on Wednesday 19 May this year, it will largely be about the corona pandemic; what has the pandemic done to the figures? The Accountability Debate, following the annual financial statements, is therefore an opportunity for politicians to make their political points. For companies and organisations, it offers opportunities to bring forward important issues in their contacts with MPs, which can be reflected in the debate with the Minister of Finance.

We have to keep going

Politicians love to look ahead. From city council meetings to election campaigns, politics is largely about future policy. After all, a politician likes plans and outlooks. This can also explain the popularity of Budget Day compared to Accountability Day. Accountability Day, however, is a necessary step in learning from mistakes – in order to draw up the best possible new policy. This realisation is increasingly being felt in The Hague. 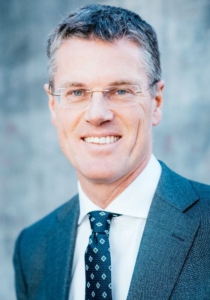 Various politicians have tried to draw more attention to the ‘counterpart’ of Prinsjesdag. Former VVD (Conservative-Liberals) Member of Parliament Pieter Duisenberg plays an important role here. Together with Paul van Meenen (D66, Liberal-Democrats), he devised the so-called ‘Duisenberg method’, in which a standard method for monitoring the government was developed. According to Duisenberg, this is indispensable. “It ensures consistency in the constitutional task of Parliament, namely: to control the government.” He also points out the need for the inclusion of the method in the Rules of Procedure in the House of Representatives. “Accountability Day is not a sexy topic with which you as a member of parliament can get into the newspapers. In this way, a number of MPs are designated to be ‘obliged’ to carry out the method that year.”

“During Accountability Day, the constitutional task of the House of Representatives, to monitor the government, is greatly magnified.”

Not only has Duisenberg made a major impact in terms of content, he has also worked to give the day itself more cachet. For example, Accountability Day begins with what is known as an ‘accountability breakfast’, where politicians come together to discuss accountability. Every year, a speaker is also invited. In 2017, for example, Prince Constantijn spoke about accountability in start-ups. Duisenberg emphasises: “Accountability Day is not intended to drag the government through the mud. It is more intended as a great learning lesson: what can we learn from the past year?”

“Auditing is not meant to drag the government through the mud. It is more intended as a great learning lesson: what can we learn from the past year?”

In addition, Duisenberg introduced the ‘V100′, whereby citizens have the opportunity to ask critical questions about the annual reports. According to Duisenberg, this gives more nuance to the figures. For: “citizens’ experiences provide more insight into ‘how our country is really doing’. The Duisenberg method and the v100 therefore provide more factual insights into the state of the country. Something that he considers indispensable in his current position as chairman of VSNU (Association of Universities). “Discussions about, for example, money and services for certain sectors are becoming less of a yes/no debate based on a newspaper article. The debates are more evidence-based; we see better what sectors need.”

The latter is essential for your advocacy. After all, on the basis of hard figures, it is possible to see where additional resources are needed and whether money is being spent efficiently. It is therefore of great importance for companies and organisations to keep a close eye on the accounting documents. Of course Public Matters also scrutinises these documents extensively, and we can advise our clients about the content and the follow-up steps required on the basis of these documents.

Although Accountability Day does not (yet) have the grandeur of Prinsjesdag, in terms of its importance it is hardly inferior to the well-known third Tuesday in September.

"During Accountability Day, the constitutional task of the House of Representatives, to monitor the government, is greatly magnified."

Read more news
Sector organizations: are they making a comeback?

Time to split the Ministry of Finance?
Scroll to top