A conversation with Morgan Cauvin – international lobbyist at Match Group

As part of the 20th anniversary of Public Matters, we have developed a book which includes interviews with various public affairs experts. In the interviews they provide their views on lobbying and public affairs trends. The book will soon be presented, but in the meantime we will share several interviews via this website.

This is the first interview – with Morgan Cauvin – international lobbyist at Match Group, a leading provider of online dating services (including brands like Tinder and Match.com).

For Morgan Cauvin, everything is about relationships. In addition, he thinks that as a lobbyist you should really believe in what you say, be authentic, flexible, show genuine interest and keep updating your network.

What does Public Affairs mean for you and for Match Group?

When I started as a lawyer I advised companies from the outside, but I wanted to be more directly involved in helping companies with their issues. So I became a corporate lawyer, and then I moved on to become a lobbyist. When you work in a company instead of supporting a company, your tasks are more strategic and you focus more on the development of new legislation. As a lobbyist, you get the opportunity to master many areas and respond to them using multiple arguments, such as legal, economic and technological arguments.

Match Group is a medium-sized tech company and Public Affairs is important to us for two reasons. It must ensure that new legislation does not affect our license to operate. The challenge is that legislation for tech companies is often aimed at big tech, for example in the areas of consumer law and online safety, and we can impacted by unintended disadvantages of that legislation. Secondly, we want to build relationships with policymakers and inform them about our interests in order to create a level playing field.

How do you currently rate your relationship with politics?

It has always been a special relationship. Politicians have to make the best possible legislation. To do this, they need to engage to get input from various stakeholders. The lobbyist’s task is to stand up for the interests of a particular organisation or sector. The relationship with the business community is sometimes unbalanced, as not all companies have the resources to use lobbyists. For instance, it is more difficult for medium-sized companies to make their voices heard. Large companies with more budget can therefore have more impact.

This is especially evident in the tech sector, which is only 20 years old and includes many small start-ups. Building relationships with policymakers is complex and a matter of experience. In this respect, the pandemic was a great opportunity; policymakers could reshape their relationship with companies. Online meetings make the lobbying playing field fairer and ensure that more stakeholders have a voice at the table.

Before the pandemic, large companies had more meetings with policymakers, as they have more employees to go to all the meetings. But during the pandemic, there was only one meeting that one delegate from a company could go to, regardless of whether that company was small or large. In addition, the pandemic killed the unofficial lobby, as it all became transparent and on the record. Arguments and considerations were also rethought. If several people address the same issue and substantiate it, it has a greater effect. You saw this clearly during the pandemic.

Is there a difference between lobbying in Europe and at the national level?

Lobbying is more accepted in Brussels than in the Member States. MEPs are more used to talking and dealing with lobbyists. This may have something to do with the fact that MEPs are less visible and can therefore play a more expert role, focusing on the content. That is why they attach more value to discussions with experts, including those who represent a particular interest.

If you want to discuss internal matters in Germany as a foreign company, it is difficult. German policymakers tend to keep the private sector out of the equation and do not want to enter into public relationships with companies. In Germany, it does make a difference if you have the support of a consultancy with employees from the country itself. This contributes to the effectiveness of your public affairs activities.

How does digitalisation affect your relationship with politics and other stakeholders?

Match Group was and is less active on social media when it comes to Public Affairs. In Europe, you can achieve a great deal through direct contact. In Anglo-Saxon countries such as the United States and the United Kingdom this is more difficult. If an issue does not receive any media attention, it becomes more difficult as a lobbyist. In Brussels, the media are much less important, but for MEPs social media are important as a source of information.

Not all companies share their public affairs views on Twitter, as they often feel more comfortable discussing them one-on-one with policymakers. In my opinion, using social media for lobbying in Brussels is not a game changer. But social media can of course play a role in reputation management, especially on national levels.

Digitalisation also involves video calling. Before the COVID pandemic I could only have four meetings a day, now everything has become much more effective. I can suddenly talk to so many people at once in one day. I dare to say that without the pandemic we would have made much less progress on dossiers that were important to us, such as the Digital Markets Act. We could now talk to as many policymakers as the very big tech companies, because we don’t need to travel as much. Before the pandemic, there were many more different meetings with all kinds of policymakers. For us, it was almost impossible to be effectively present everywhere. In addition, there were more organisations that shared our views, which made our story stronger.

‘As a lobbyist, you have to be a generalist and focus on strategy’ 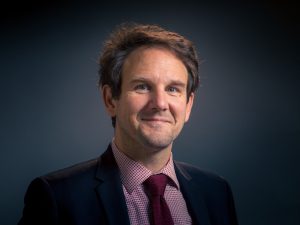 Which Public Affairs skills will be important in the coming years?

You have to be able to adapt quickly, also in the way you present your story. You do that differently with MPs than with a top civil servant. I also really believe in the positive effect of lobbying. Policymakers understand better how the private sector works and are therefore better prepared to make concessions. The same goes for the private sector, which better understands politics through your work as lobbyists. This often leads to better outcomes. As a lobbyist you have to be a generalist and focus on strategy, but you also have to focus on the practical issues. In addition, you have to be transparent and believe in who and what you represent. In that sense I find it easy to work for Match Group.

The most important thing: you have to believe in what you are saying. I believe in freedom of choice. If people are informed about the risks, it is up to them to make choices.

My role obviously differs from that of an external lobby consultant. An external consultant needs to identify less with the message of the client he is working for. As an in-house lobbyist, you represent a certain organisation. If an in-house lobbyist doesn’t support the company’s methods or product, lobbying becomes more difficult. As a lobbyist you have to believe in your own message. Actually, many lobbyists in Europe do not like politics, but mainly like to adjust commas in e.g. an amendment, if it is in their interest.

I think what you need most as a lobbyist is the ability to adapt and update your knowledge and network again and again. You also need to be flexible and pragmatic, especially when dealing with different interests and beliefs. You also have to be able to talk to everyone and try to remain neutral. Five years ago, the trend was not to talk to the extreme right or left. Now that has changed: they also have a chance of winning the elections and it is important that they know what we are doing and possibly adjust their positions accordingly.

How do you expect Public Affairs to develop in the coming years?

It seems that Brussels has become much more political – more like a national level. For decades, Brussels was the place where only the weight of for example cheese or trucks was discussed, but now politics is done there, with Germany taking a leading role. I also see that lobbyists in Europe now have much more of a political narrative. People used to not talk about the impact of legislation on a society but now they do. Now good lobbyists talk more about the general interest. Take for example the copyright legislation. In the past, lobbyists in Europe mainly tried to manage the impact of this on their business, but now lobbyists are more interested in the general interest and the broader impact.

"Public affairs is a matter of experience"